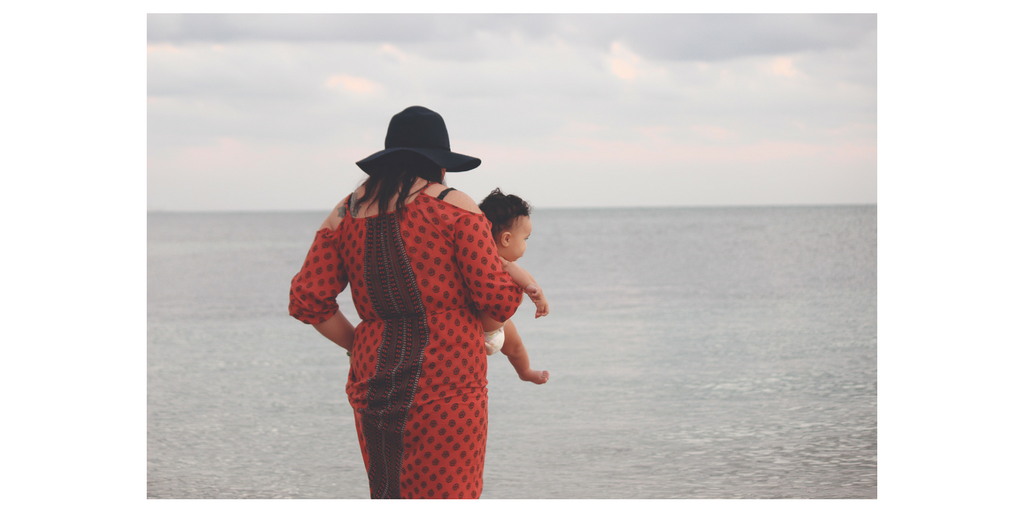 The weeks following our semi-annual general conference can feel very similar to those following New Years. With three days of prophets and church leaders sharing modern revelation from God for our time, a sudden rush of excitement, motivation and uplifting thoughts and motives naturally follow. Goals are made, determination set at 100% for at least the next year.  Or so we think. Things are going to be different, we think to ourselves silently.

As our most recent general conference approached I was reminded that it is a valuable time to take my life’s concerns and seek for answers over a weekend brimming with spiritual talks, songs and prayers. My needle in a haystack. And so I did just that.

I gathered up my most pressing life’s questions one of which came bubbling to the top. Being the freshly postpartum mom of five, whose family is complete but still very much aching to continue co-creating with God and expanding my talents. I had been wondering for weeks, months, what work I was to be doing next. I was yearning to understand what sort of instrument God would want me to become beyond the four walls of our home.

It only took until the fourth talk in the Saturday morning session, when I felt that I was receiving an answer, words that were penned and chosen just for me. It was in Elder Pingree’s talk “I Have a Work for Thee,” that my curiosities and concerns about my future were validated and brought to the light. While he didn’t say my name and there was no specific career listed that I was to pursue, I came away with a better understanding of what God wanted me to be doing in my life right then. Above all else, I knew, He wanted me to serve others, so serve others I would.

I excitedly made a list of real-time tasks I could do that next week that involved serving others.

I would have my family and I write homemade birthday cards to a young girl with a disability that I heard about on Facebook that was requesting them for her special day.

I would call the hospital in Las Vegas where the injured victims of the mass shooting were being cared for, and I would buy some flowers and a card for someone I had never met, just so they would know that they were thought of and loved.

It was all coming together. I was going to serve and show God that I had truly received His answer and was heeding the call.

Monday came and my work was hit with a huge order out of the blue, which meant major unanticipated overtime. Two of my kids had pediatrician appointments, the laundry was backed up, school was out half day all week and I had three parent-teacher conferences. Groceries would need to be purchased, lunches made homework help, dyslexia tutoring for four hours, and prepping a primary lesson for Sunday. I was a mess, a stressed out ball of anxiety, and not a single one of those three service goals were accomplished. Not.a.single.one.

Once the week had finally ended, and the craziness had subdued to its normal amount, the thoughts of failure set in.

I had gotten my answer, it was there waiting for me just as I had asked, but I couldn’t manage to follow the counsel. Maybe I couldn’t do what God wanted, maybe I just wasn’t able to follow His word. Maybe I just couldn’t serve.

In a handwritten schedule for the week that was 90% full of “to-do’s” that served my family, my mind could only concentrate on the three items at the tippy top. The ones that had been squeezed into the page with determination to see them through. The ones that had not been crossed off.

How could a woman, wife, and mother of five young children that spends the majority of her days serving within her home feel so lacking in the service department of life?

It can all be summed up in the weeds that had somehow subconsciously taken root in my mind and were taking the whole garden hostage.

Being a mom doesn’t count.

You see, day to day mothering of my children and caring for my home and family, fulfilling church callings and on and on had somehow become the equivalent of breathing. Anyone and everyone can do it. It just happens without even thinking about it.

My thoughts sold me on mothering not really being a service at all, it’s just what you do because you should. Like washing your hands after you use the restroom and brushing your teeth. It’s the norm, the peanut butter and jelly of sandwiches, the driving to work without ever glancing at street signs because it’s all memorized and nearly mechanical by now.

What a depressing perception of what is supposedly the most important work one can do. What a distorted definition of a calling that not everyone can or chooses to fill. And while it’s understandable to crave progress and novelty in life as humans, it’s funny how a few inaccurate thoughts and beliefs can so easily tear down the value of the best things in life, only because they are common.

Ultimately, my thoughts were deceptive but true. I was not failing to serve, but I was failing to see the value in my humble but lofty contribution. Maybe God wanted me to stop worrying and to take note of the service I was already doing instead of busily trying to cram in more. Maybe He wanted to help me see that I am enough in what I am offering right now and that my sacrifice and service at home and at church is worthy of praise. Maybe where I invited panic, He had offered and intended there to peace.