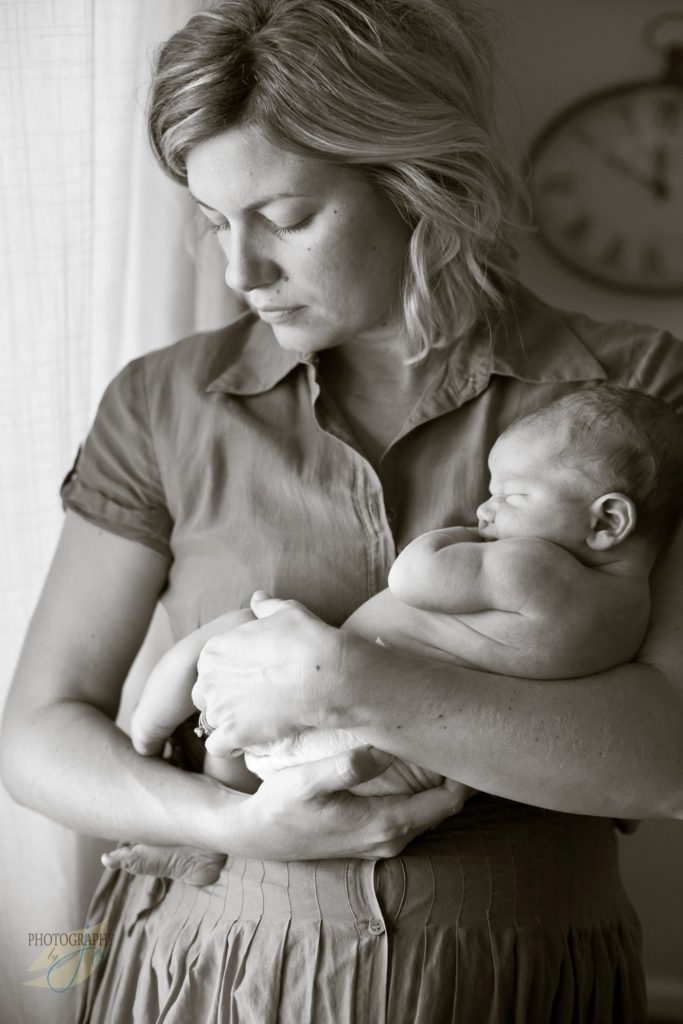 As a woman who has carried twins and three singletons, I can attest that pregnancy and birth never leave you the same woman as you were before. It’s a birth every time, and I don’t mean for the baby, I mean for the mother.

My dream as a young girl was to become a mother when I grew up. I always said I wanted sixteen kids, only because sixteen is my favorite number. With typical childhood impatience, I remember trying to devise a barter with my next door neighbor;  my rumpled, mint-green purse, for her adorable toddler. Unfortunately, it didn’t work out. I would have to wait to have my own.  My heart has always been devoted to babies and children, that took no effort on my behalf, but I never knew what motherhood would mean for me other than a round belly and a baby to feed and burp. It took experiencing it first hand, to know what the “new” me would be like.

Most people would agree that I started off motherhood with a bang as we were blessed with twins our first pregnancy. It was very much not expected, but we were thrilled to ride a roller coaster few parents get to experience. I watched as my 5’8, 130-pound frame began to fill out and become rounder and rounder with each month.  I loved being pregnant. I loved feeling those sweet babies move inside me, and to know that I was part of something bigger than myself. I was creating life.

With a multiple pregnancy, I was always measuring about 7-10 weeks ahead. I remember measuring at 40 weeks at my doctor’s office, his face in awe of my large full belly without a single stretch mark.  I was only 30 weeks at that point, with lots of growing left to do. Only weeks later the stretch marks began as iridescent vines stretching gradually upwards and outwards beginning above my belly button and wrapping around underneath. A garden of pink and silver grew sporadically across my abdomen and rested in heaps on the left side where my twins made their home.

At nearly 38 weeks, my twins came via C-section, and just like that I was a mother. My dream was now a reality. I had devised a barter with God; my body and will in exchange for the experience to create life. It worked out. I returned home a new mother of two. My husband carried in our babies, one car seat in each arm, while I carried in an even more foreign body, my own.

As the months went by, the foundation my body had built to carry and grow my daughters began to disappear. Little by little, my ripened belly retreated back towards the center of my core, and the maternity tops became gown-like and ready to be boxed and put away.  I had the joy and task of breastfeeding my girls until they were ten months old. Once the demand was completely gone, so was the fullness in my breasts, and the nursing bras got packed away in a box for another time.

Before my twins had their first birthday, I found my way back to my 5’8, 130-pound frame, but it was not the same. A different woman looked back at me. This woman had curves on her hips and fuller thighs, and softer more supple breasts. She had skin that sat loosely on her belly, that which once wrapped and supported two spirits that were growing inside her. This woman’s navel, which had stretched as much as her heart had, seemed to still be recovering from the force and power that ran underneath it all those months. Her face had aged some, grown up some and she knew and felt things that first woman didn’t. She had been changed her forever, she was the same, but different.

I’d like to say that my first gaze at this new woman brought joy and pride to my heart, but all it produced were hot tears streaming down my face. Tears for my outstretched stomach and hanging skin that felt like an ugly tattoo on my body. Tears for breasts that no longer filled my bras and had me wanting to cover up in front of my husband. Tears for the changes, permanent changes, that I never knew were part of that barter devised between me and God; my will, my body in exchange to create life, and bring spirit children into our family.

At the young age of twenty-two, I struggled with feeling love for a body that didn’t look twenty-two, no matter how well I exercised and ate. A young body that had been stretched and pulled, filled and deflated, all in the name of bringing forth my childhood dreams. Three children and eight years later, I still struggle, some days more than others, for what felt like a trick that only Rumpelstiltskin would have the heart to play. I never knew I’d have to give this much, and at the same time, I never knew how much there was to gain. I believe my human mind is still not capable of fully understanding the consequential joy that is attached to my willingness to give and to be molded into a new creature time and time again.