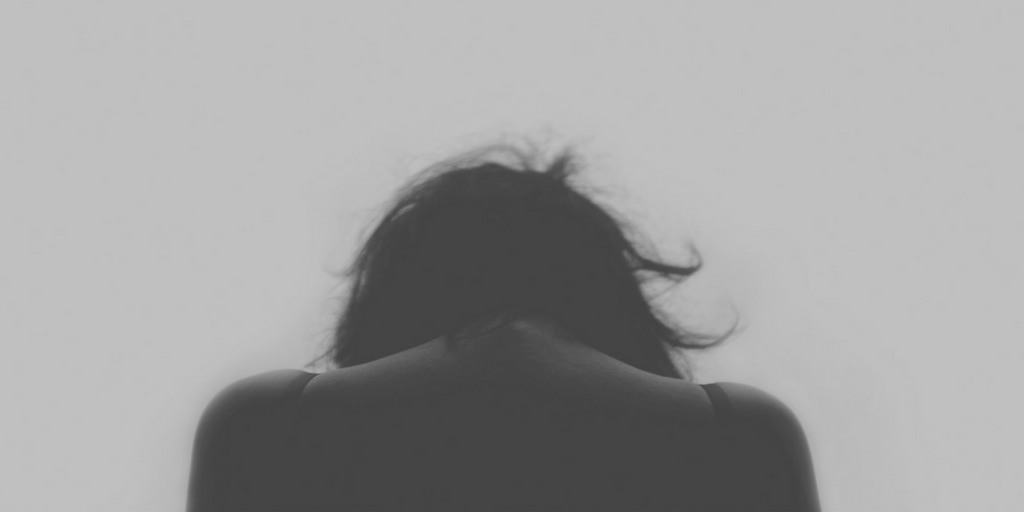 I was standing in our kitchen, our colicky two-month-old strapped to my chest while she protested the pain in her stomach. My eardrums ached about as much as my heart did seeing her hurting, and next came on the guilt that only a nursing mom knows when there are suspected food allergies. I had abstained from all dairy, peppers, onions and chocolate for weeks, and it didn’t make a lick of difference. She had the dreaded colic, something I had never dealt with before, that produced hours of crying every night and a demand to be nursed every two hours from day one. Her high needs plus the ongoing lack of sleep made everything harder.

The company my husband was working for had recently been bought out, and subsequently many of his co-workers were let go from his department. We felt so blessed to have not been on the chopping block, but we paid our share of loss with a significant cut in his salary and a mandatory shift change that had him working late hours.

With the recent birth of our fourth child, we had more than filled the three bedroom home that we were renting, but we were in no financial position to be buying or renting a larger house.

The optimistic part of me wanted to believe that the horizon would look brighter and that these rough days and nights would pass soon, but the last eight weeks had proved otherwise. My sturdy mountain of hope was now the size of an anthill, and it was growing smaller every day. The clock read nearly four PM, and the day was ending, yet just beginning again.

With my older kids home from school, homework needed to be done. The toddler was begging for attention, everyone was hungry and Josie’s evening colic episode had started a bit ahead of schedule. Kevin wouldn’t be home for several hours. One of my hands was busy stirring dinner on the stove, the other tapping Josie’s diapered bottom as I swayed back and forth hoping to quiet her shrill cry. The twins were doing their homework at the dining table, stopping every few minutes to ask for help.

So many needs, so many voices at once, and the little energy I had seemed to empty with each exhale. My curly haired toddler was alternating between climbing on the dining room chairs and stealing his sister’s pencils. Their cries his sweet reward. I would rush from one side of the kitchen island to the other, over and over again. Crying, screaming, rocking, tapping, helping, cooking, grabbing, disciplining, a new task at every tick of the minute hand. The song would change throughout the day but produced the same defeated feeling. We had four children, five years old and under, and it was rocking my world.

We had planned this, every birth, every move pondered and prayed upon, and yet I was being swallowed up. At times I could barely breathe. What was wrong with me? My mom had five kids in eight years, she did this and more. Where was her struggle? We were doing God’s will, and after all, this was what I wanted all my life too. This was my “dream.” Why did it hurt so much?

The shadow sides of motherhood are the ones that go unseen, and few talk about publicly. They are the dark shameful areas that the adversary considers his playground, especially in regards to women. It revolves around the tasks in life we thought we’d be better at, but can’t seem to get a grasp on. It’s entangled in the guilt that comes when you feel like you should be happier than you really are. It’s a collection of the negative experiences and emotions that you don’t quite understand, but are raw, real, and repetitive, leaving you feeling isolated and potentially defective because no one else seems to be struggling in the way you are.

This is where the adversary tries his hardest to pull you down further with his lies because he can cleverly serve it with a side of truth. He will address the feelings you’re having and how bleak things are looking, to which you will agree, but he then will take it to a much deeper level, to make those feelings mean something that they don’t.

He will tell you that this is because you are helpless

He will tell you that you are unworthy and bad, flawed and useless

He will tell you that you are incapable of doing good

He will tell you that you are unlovable

He will tell you that your family and this world

would be better off without you

and that you’d be happier that way too

When you concede that you are no longer good or of value in regards to your dreams or purposes in this life, know that the adversary is hard at work sifting you like wheat while you are down. He would like nothing better than to tear down the potential good and miracles you were sent to perform. He wants you in his snare, eternally miserable and without hope of better days. He wants you gone because he knows your amazing worth and potential, and it would pain him to witness it being fulfilled.

That you will get better

That the heavy fog and pain will lift in time

That you are worth more than anyone could ever imagine

That you are perfectly loved and wanted

That you are stronger than you think

That you are never alone

That it all with be worth it in the end,

and you can take life one minute at a time,

one day at a time

for as long as you need

You’ve got this, and you’re doing better than you think.